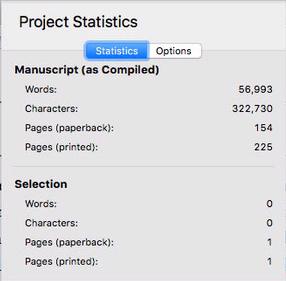 It's tough being head of household for a family of four, yet despite this huge and important time sink and a (more than) full-time job I was able to write well more than 50,000 words for NanoWriMo for the novel Vargas Rising in less than 31 days. I'm about halfway through with the first draft and still going strong.

When I went into the project I had many chapters outlined out, but not written. I'm a hybrid "planner" and "panster", I make general goals and events to happen for each chapter then sometime in the middle of writing some major "surprise" details come about which were completely unintended for the characters or story. The "show still goes on as planned," but the show may not have been as I initially imagined -- especially since I wasn't sure how I wanted to go with one of the characters.

My biggest problem I'm having with this book is Kain, who I personally consider to be a bit of a "Mary Sue." I may be overly paranoid, as all characters can't be created equal, but he gets more than his share of advancements during this story. He's certainly not likable and quite vicious in many ways, but he gets lots of perks and effectively no apparent negative to his abilities (although he's only been in contact with one, fairly open-minded, nation).

However this story is about Dr. Edmunds Vargas's rise to power. Kain's modification could (arguably) be considered his greatest techno-arcanic achievement. Kain's vendetta against the power-mad doctor is central to this story, hence why he gets more word-time than the others in this book. 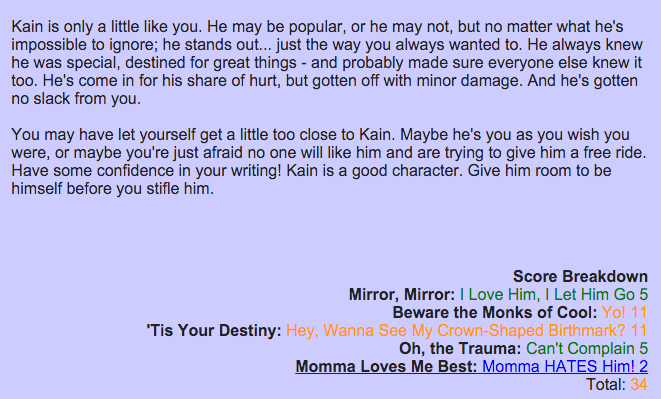 I did run through a "Mary Sue Test" (see image to the right) with him and it was not as bad as I was internally thinking...mostly I think because he's the same gender and approximately the same age as I am (that and the modifications by Vargas). The rest of the characters suffer overall so far (especially near the beginning), but this story is not their time to shine. Every character has their own abilities which would be considered "superhuman" in one way or another...except maybe Jeri, but she's a heck of a warrior, and her tech-knowledge will come into play later too.